How green smoothies and kale became cooler than Macca’s

You expect them to be downing junk food like Macca’s at a rapid rate. But, somehow, what would be a key market is turning their backs on greasy and fried. 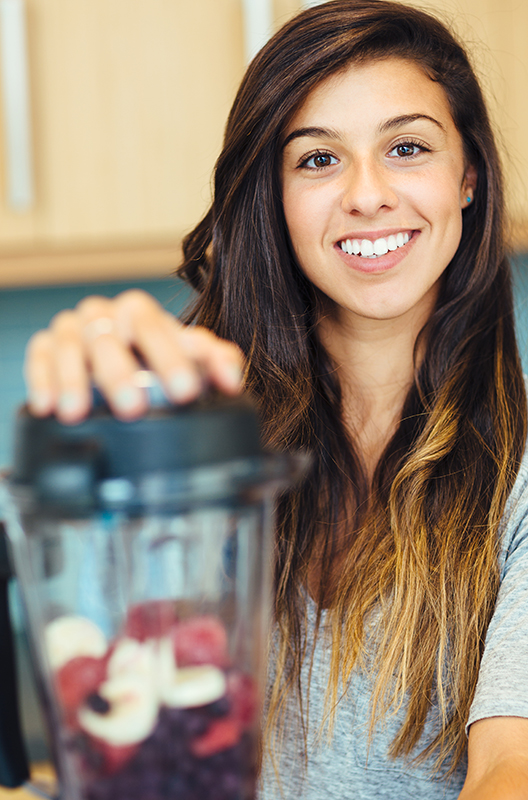 IT’S before 7am on a weekday morning and 15-year-old Georgia Boonen is filling her Nutri Ninja with kale, banana, blueberries and almond milk for a liquid breakfast she’ll take to her private girls school in Sydney’s Eastern Suburbs. And when she gets to first-period maths, she won’t be the only one sipping a superfood smoothie between simultaneous equations.

“It’s become a real sort of culture at school,” says the eloquent teen, who asked for the blender as a birthday present. “Eating healthily is definitely something that’s admired. We all still enjoy brownies and things that are more on the junk-food spectrum, but if you bring a juice in, everyone’s like, ‘Ooh, you’re a good girl.’”

Vegetable juices, organic wholefoods and leafy greens aren’t traditionally associated with the adolescent food pyramid of hot chips, pizza and Red Bull. So the increasing popularity of “clean eating” among teenagers, while pleasing, may be more than a little ironic for parents who spent the best years of their life begging, bribing and ordering the same offspring to ingest a single atom of broccoli.

“It’s a really accessible way for the girls to include a lot of fruit and vegetables in their diet,” says Georgia’s mother, Jennifer, who’s happy to keep the home fridge stocked with in-season produce (and even happier that the entire production of smoothie-making requires no parental input). “The instantness of it and the fact it can be quite creative definitely appeals to that generation as well.”

Although increased food education in schools and increasingly mainstream awareness of the relationship between nutrition, obesity, wellbeing and disease play some part in the trend, it’s undoubtedly social media – specifically, Instagram – driving the dramatic rise in underage kale consumption.

“A lot of my friends follow nutritionists on Instagram,” Georgia says, “and everyone posts what they’re eating: smashed avo, chia pudding, acai bowls.” (To the uninitiated, the latter is the gelatinous bowls of blended superberries topped with homemade granola, fruit or cacao nibs and are, in the hands of a creative teenage girl coming out of her cupcake-icing phase, a sort of edible craft project.)

In fact, the hashtag #acaibowl turns up some 200,000 examples on Instagram, while the all-purpose #eatclean hashtag has over 21 million posts, demonstrating just how crowded the category has become. As often as not, it’s young women and girls turning a batch of raw sesame bliss balls or spiralised zucchini ‘pasta’ into not just enormous social-media followings, but day jobs and big business as well.

In the UK, teen ballet prodigy Saskia Gregson-Williams (who has 63.2k Instagram followers) has just launched her own range of raw energy bars, despite not yet being 18. Then there’s blogger Ella Woodward (572k followers), better known as Deliciously Ella, who wrote the fastest-selling debut cookbook of all time, which launched off the back of a vastly successful blog and is filled with her collection of entirely sugar-, dairy- and gluten-free recipes.

Closer to home, Claire Wingrove, a 19-year-old student from Melbourne, has turned her amateur passion for wholefoods into a 43k-strong following on Instagram (@healthylivingaus), and has launched her own e-book of recipes that she’s been developing since she began schooling herself in natural foods at age 14, while recovering from spinal surgery.

Although she considers herself vegan, Wingrove’s approach to nutrition is refreshingly common-sense. “I aim for plant-based foods,” she says, “but I don’t like to put any labels on myself, because that restricts what you can do. Health is all about balance, but once you start eating well and realise how good it makes you feel, you really don’t want to go back to eating buckets of chips. Teenagers want to feel good, and seeing all that colourful healthy food looking appealing on Instagram is having a massive impact.”

At first glance, clean eating may seem like a trend reserved for teenagers from privileged homes, but that’s not the whole story. Samara LeMerle, now 20, another Australian Insta-foodie (@fithealthyproject), has over 90.5k followers and an e-book of her own, and grew up in a house where food and nutrition weren’t really a priority. “I made most of my own meals,” LaMerle says, “which meant lots of toast and cereal and going the entire day in primary school not really eating much, but not realising it.”

It was only after a bout of serious depression in Year 11 that LaMerle began investigating a wholefood diet. In doing so, she developed a passion which, quite literally, helped her get out of bed. “That’s when I started discovering the actual flavour of food,” she says, “and it became, ‘Oh my gosh, I’m so excited.’ I’d barely been functioning as a human; it gave me my life back.”

The fact that $200 juicers and $40-a-kilo goji berries weren’t accessible hardly mattered. “I didn’t even know about all the fancy powders and how to pronounce cacao,” says LaMerle, who’s now a vegan. “I was discovering healthy staples – the cheapest, most basic foods that have always sustained people when they’ve got nothing, like lentils and legumes. This way of eating can be whatever you make it, and it doesn’t have to be expensive.”

LaMerle’s enormous following means she receives daily emails from fans as young as 12, and feels a huge responsibility towards them. “Because it’s become so trendy, I think girls, especially if they’re really young, can get mixed messages about what to eat, and that’s detrimental. It helps me knowing I can tell a young girl who thinks she shouldn’t eat peanut butter or whatever, that, ‘No, it’s OK, sweetie!’”

It’s sadly true that for every sensible young woman living and preaching the wholefood message, there’s a dozen more using the trend as a cover for disrupted eating. After her rapid rise to Insta-fame as The Blonde Vegan, US-based blogger Jordan Younger recently admitted that the plant-based, organic, sugar-/gluten-/dairy-free diet that was the basis of her app, clothing line and blog was so unhealthily restrictive that she’d ceased menstruating, developed several nutritional deficiencies and the idea of having to accidentally eat an “unclean” food gave her panic attacks. 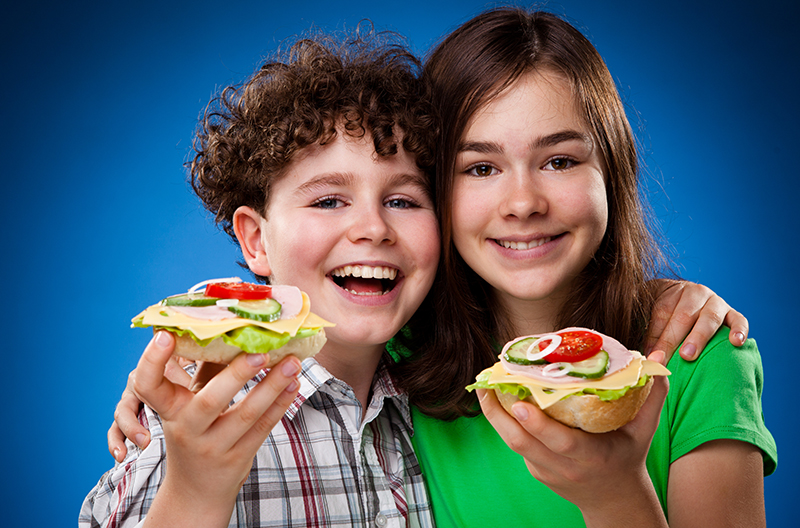 Now rebranded as The Balanced Blonde, Younger identifies her experience and approach to food as “orthorexia” which, although not yet an officially recognised eating disorder, is a term increasingly used to describe an approach to eating that’s so obsessively ‘healthy’ that it ends up harmful.

Parents of impressionable daughters are right to be hyper-aware of the signs that disrupted attitudes to food could be hiding behind apparent health consciousness, says Christine Morgan of the Butterfly Foundation, the organisation that supports people affected by eating disorders.

“What should be driving any choice about food is what’s physically good for the body, as distinct from any kind of trend,” says Morgan. “Be wary of excessiveness, of rigidity and of whole food groups being excluded when there’s no medical reason to do so. The fact is, if you have a genetic vulnerability towards an eating disorder, depriving yourself nutritionally gives you a high chance of triggering [an] illness.”

Even subtle factors like choice of language can have a huge impact on vulnerable girls, which means labels like “clean eating” aren’t always helpful since, by definition, they render other foods “dirty”.

Nutritionist Kate Johnston, who works with teenage girls at her practice, Kore Well-Being, in Sydney’s Potts Point, agrees. “While it’s amazing that teenage girls are more aware of getting food as close to its natural source as possible, it’s vital there’s flexibility around it. In my clinic, I see girls influenced heavily by Instagram and beating themselves up about a chocolate bar. It’s important it doesn’t become too obsessive.”

Especially since, Johnston explains, the nutritional needs of teenage girls are so complex. “[Adolescence] is a really big time of change for the body,” she says. “While wholefoods are really supportive of those changes, if girls get too strict and cut out entire food groups, they can be missing key nutrients, such as iron.

“As a parent,” she adds, “I’d reiterate that what’s presented on social media isn’t reality. No one posts the bad bits.” The takeaway for teens? While green juice is great, the reheated pizza just out of shot still deserves its place at the table.